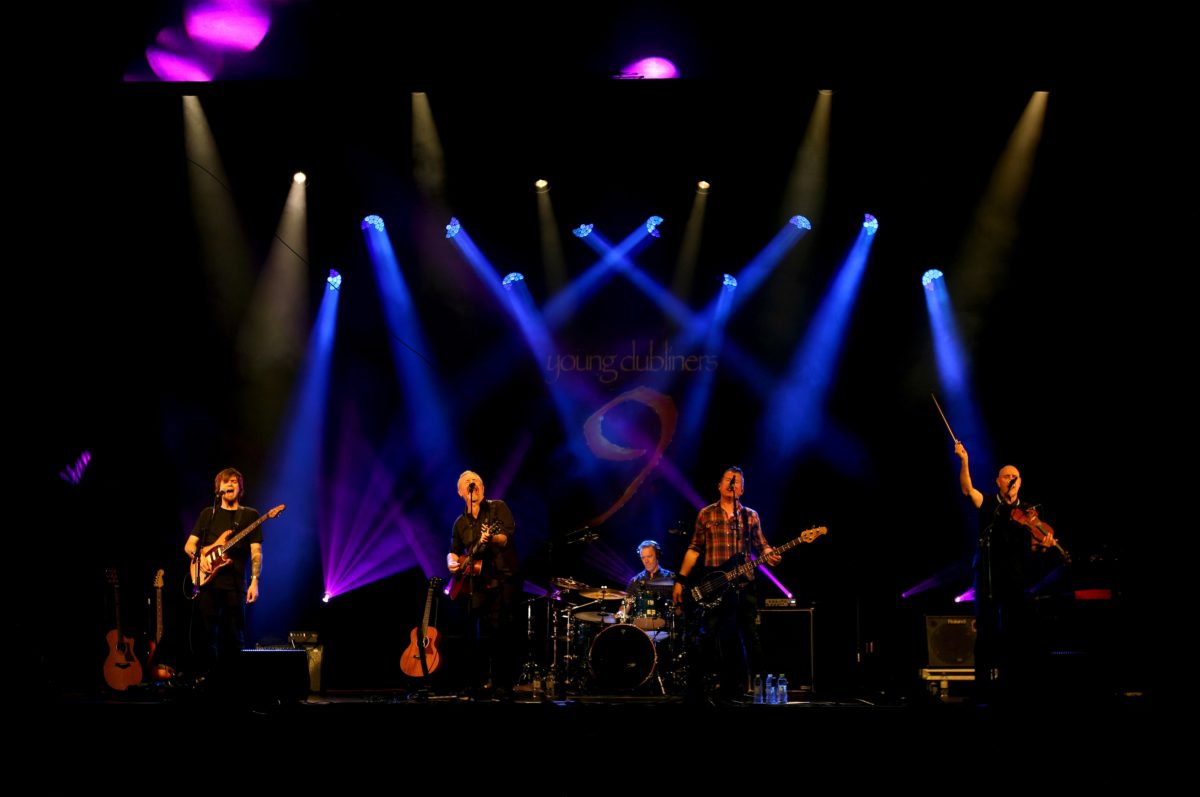 The Young Dubliners 2019 “March to St Paddys Day Tour” will kick
off in February on board the ‘In The Blues Cruise’. From there the band
will begin their logistical hoop jumping as they perform from the East
Coast to Alaska and many points in between.
It’s always a complicated travel schedule but the payoff is some of the best shows of the year in many of the bands favourite cities and towns.

Lead guitarist Justin Pecot has been with the band for over a year
now resulting in a tighter than ever unit. There is a discernible
excitement in the live shows these days.

In January the band began writing and rehearsing for a new album
They plan to give the new material some “live time” during the tour.
So you can expect a brand new set list for 2019.

The Young Dubliners have released eight albums of original material
and one Irish ballad cover album to date. The set will draw from all
their albums, including new material, but will also highlight many of
the songs featured on ‘The Irish Sessions’ in honour of the season.

In recent years the Young Dubs have appeared on ABC’s Jimmy
Kimmel Live!, had songs featured in TV shows (Sons Of Anarchy,
Human Target) and toured extensively as a headliner and as the
opener for such a diverse list of artists as Collective Soul, Jethro Tull,
Johnny Lang, Los Lobos, Chris Isaak and many more.

Although the Young Dubliners sound is most commonly called
‘Celtic Rock’, that label, as labels can often be, is misleading. The
Irish influence is there certainly, but it’s not the only influence that
rears its head on their albums or live shows. After all, several of
the band members have no Irish roots of any kind. “That was always
the idea”, explains Keith Roberts (Lead singer and acoustic guitarist).
“The sound was always intended to be a hybrid because we all
come from different backgrounds. Even though two of us are from
Ireland, a lot of the music we listened to growing up wasn’t Irish at
all, but when we got here, we got homesick and developed a new
appreciation for Irish Music. In truth the Celtic riffs can just as easily
come from the American band members. Everyone writes now so
you never know what you’ll end up with”.