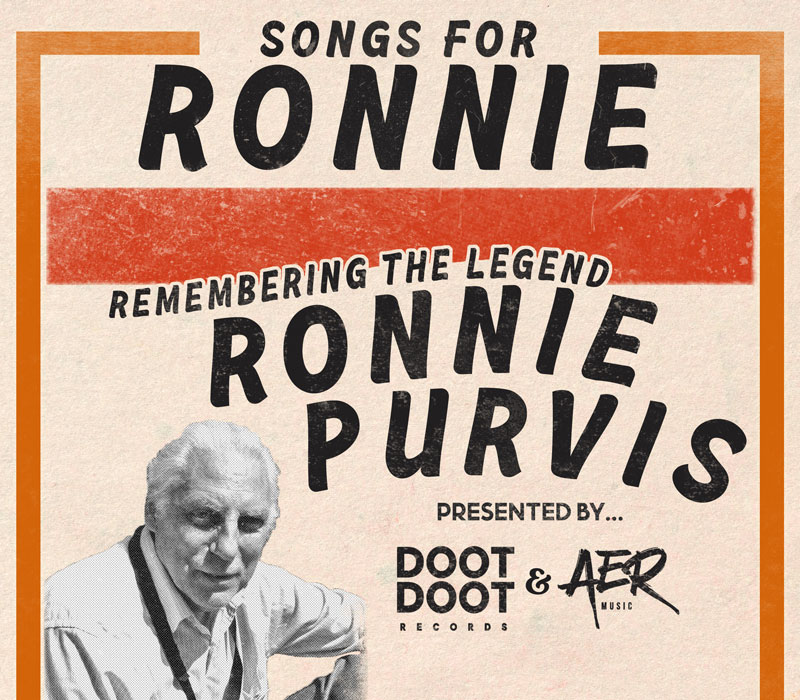 Ronnie Purvis was a legend in the local music scene, a very passionate and generous man. He provided opportunities for everyone and give many artists their first taste of playing live.
Earlier this year we lost Ronnie, and the gap he left is felt by all who knew him.
Ronnie and AER always planned to do a gig together.
Unfortunately circumstances didn’t allow that, so along with DOOTDOOT Records we are hosting a night at Belfast Empire on Sunday 28th November with all proceeds from the night going to Friends of the Cancer Centre, a charity very close to Ronnie’s heart.
We have a stunning lineup of artists who have played for Ronnie at one time, and we’ll be giving an opportunity to someone, just like Ronnie did.

Ronnie was an inspiration, a joy to be around, and will be always remembered, as an important figure in the development of music in Northern Ireland, giving a platform to emerging talent – and tirelessly shining a light on new artists. Without him, a lot of established performers would not have had their first chance to shine, to learn and grow. That’s important work, and Ronnie’s shoulder was always to the wheel. We owe him a huge debt.’
Anthony Toner

I met Ronnie at the first and only open mic I have ever done. He just tucked me under his wing and gave me opportunities that changed my life wonderfully!  I will be forever in his debt.
Mandy Bingham

Ronnie was very giving, he helped me alot setting up A.E.R. Music.
He was passionate about local music and he give everyone a shot at playing through his many events.
I, along with many others, owe Ronnie a gratitude of thanks for his kindness and unwavering support of grassroots music.
Mark Reid