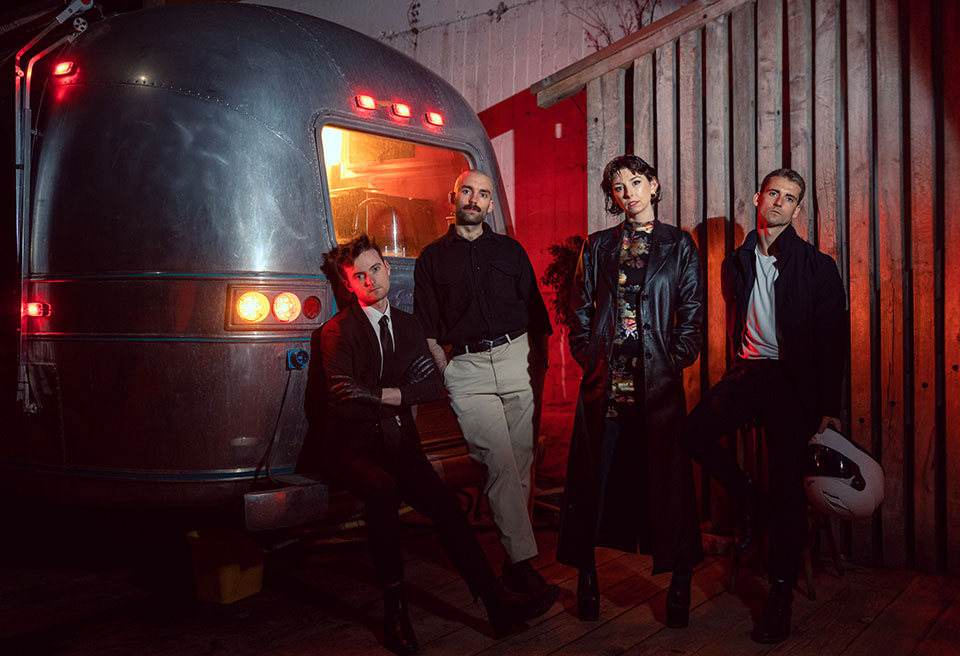 The debut album from Soda Blondemay be called Small Talk, but if there’s one thing the Dubliners do not do, it’s mince words. Out July 9th via Velveteen Records, the entirely self-produced album sees the group reflecting on their twenty-something experiences with refreshingly honest transparency.“To put it simply, Small Talk is about life in our 20’s,”saysFaye O’Rourke, Soda Blonde’s enigmatic front woman. “Every part of us is in here, both subliminally and literally. Lyrically, this record is like a collection of my flaws and insecurities. They’re lingering awkwardly by the bar at a crowded social gathering, waiting to integrate with the wider world”. The album’s titular lead single –available to stream HERE–is Soda Blonde’s way of taking a seat at the table of their own narrative, and its glittering alt-pop hooks present the foursome as a compelling collective voice in music.