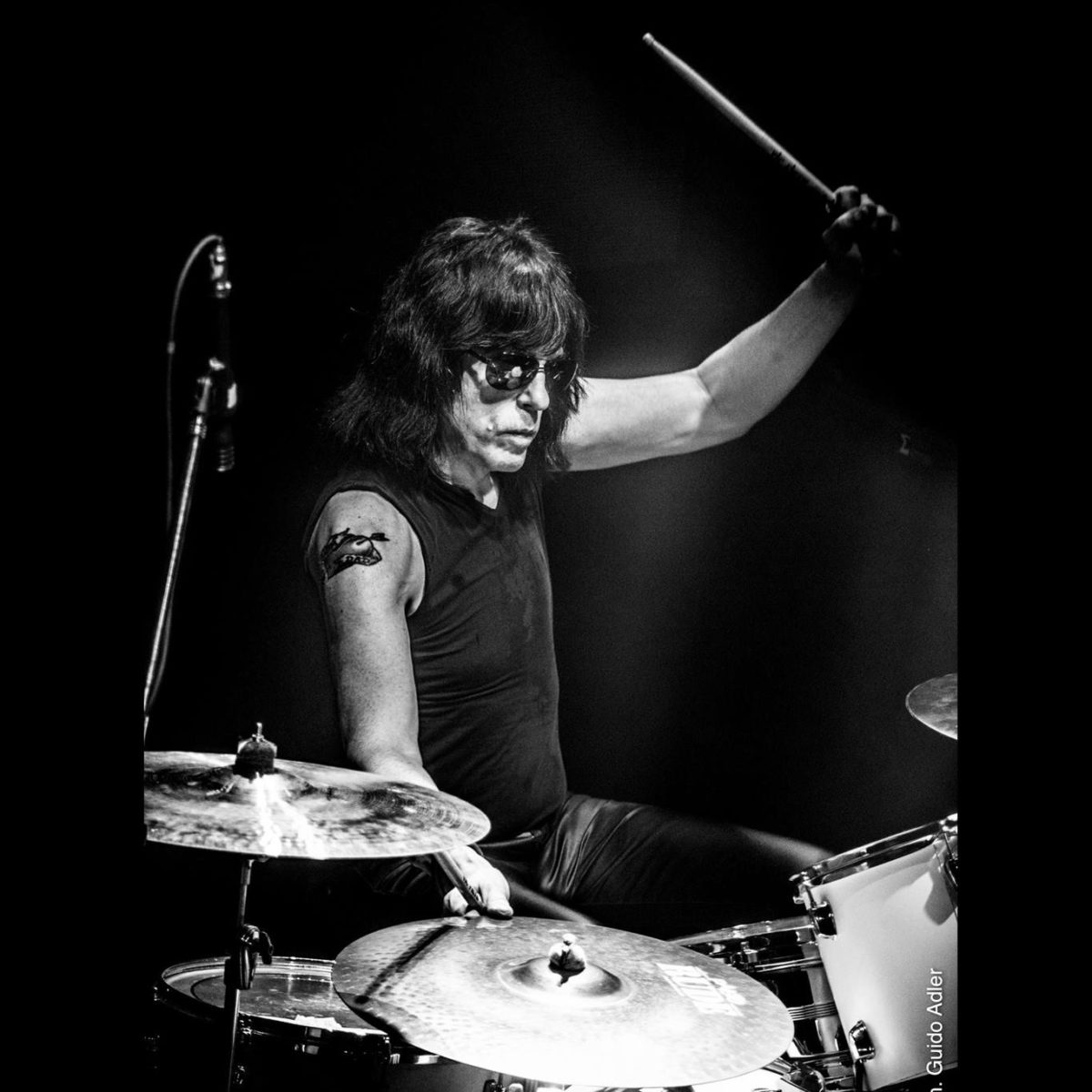 Marky Ramone is best known for the 15 years he spent drumming for the legendary Ramones. He is the only living Ramone. who’s in the Rock”N”Roll Hall of Fame. And the only living Ramone to win a life time achievement Grammy Award.
Prior to joining the Ramones, Marky played with an array of influential musicians dating back to his high school years when he was a member of the Brooklyn based hard rock band, Dust. Recording two albums with his friends, Richie Wise (guitar and vocals) and Kenny Aaronson (bass) for Neil Bogart’s Karma Sutra/Buddha label

While Dust was disbanding, Marky began hanging out at Max’s Kansas City, where he met Max’s house D.J. Wayne County. He joined forces with Wayne to form Wayne County and The Backstreet Boys. Wayne’s outrageous stage performance and cross-dressing attracted many fans and help solidify a cult following. After a year and a half of playing in the New York area and not able to generate record company interest, they decided it was best to move on.

In 1976, Marky was introduced to Richard Hell. Along with Bob Quine and Ivan Julian, they formed Richard Hell & the Voidoids. The Voidoids released their groundbreaking debut album in 1977 on Sire Records, entitled “Blank Generation”. Shortly after the Voidoids historic U.K. tour with The Clash, Marky found himself at the bar at CBGB with Dee Dee Ramone. Dee Dee asked him if he would be interested in joining The Ramones.

In the spring of 1978, Marky joined the Ramones. In a matter of weeks he was in the studio recording his first album with The Ramones entitled, “Road to Ruin”, which features one of the biggest Ramones songs “I Wanna Be Sedated”. The following year the Ramones filmed the cult classic “Rock ‘n’ Roll High School”. Later that year, they joined forces with producer legend, Phil Spector to record “End Of The Century”.

After several tours and a two more studio albums, Marky was asked to leave the band 1983, only to rejoin his band mates in 1987 until they decided to call it quits in 1996. His tenure with the Ramones spanned a total of 15 years. Performing over 1700 shows and more than 15 releases, including songwriting credits on both Mondo Bizarro and Adios Amigos, the bands farewell release.

In 2000, Marky reunited with long time friend Joey Ramone for Joey’s solo effort “Don’t Worry About Me”. In 2001, Marky along with his former band mates (Johnny, Dee Dee and Tommy), were inducted into the Rock ‘N’ Roll Hall of Fame. That same year, U2’s Bono presented the Ramones with the MTV’s Lifetime Achievement Award.

The DVD release, “Raw”, a compilation of mostly home videos filmed predominantly by Marky was release in 2004 and entered the Billboard video chart at number 5. Certified gold in three countries and currently the best selling Ramones DVD release to date.

In February 2011 The Ramones received a Grammy Lifetime Achievement Award. It was the first Grammy for the punk rock pioneers.

With no signs of slowing down, Marky continues to tour the world with his band, Marky Ramone’s Blitzkrieg, which includes friend Michale Graves (ex-Misfits) on vocals. In early 2010, they released their first single “When We Were Angles” with former member of Sheer Terror, Mark Neuman, playing bass and guitar.

Marky is currently in his twelfth
year as a D.J. on Sirius/XM Satellite Radio, hosting, ‘Marky Ramone’s Punk Rock Blitzkrieg”. Marky has also appeared on numerous TV shows including, The Simpsons, Anthony Bourdain’s “No Reservations and ZRock.