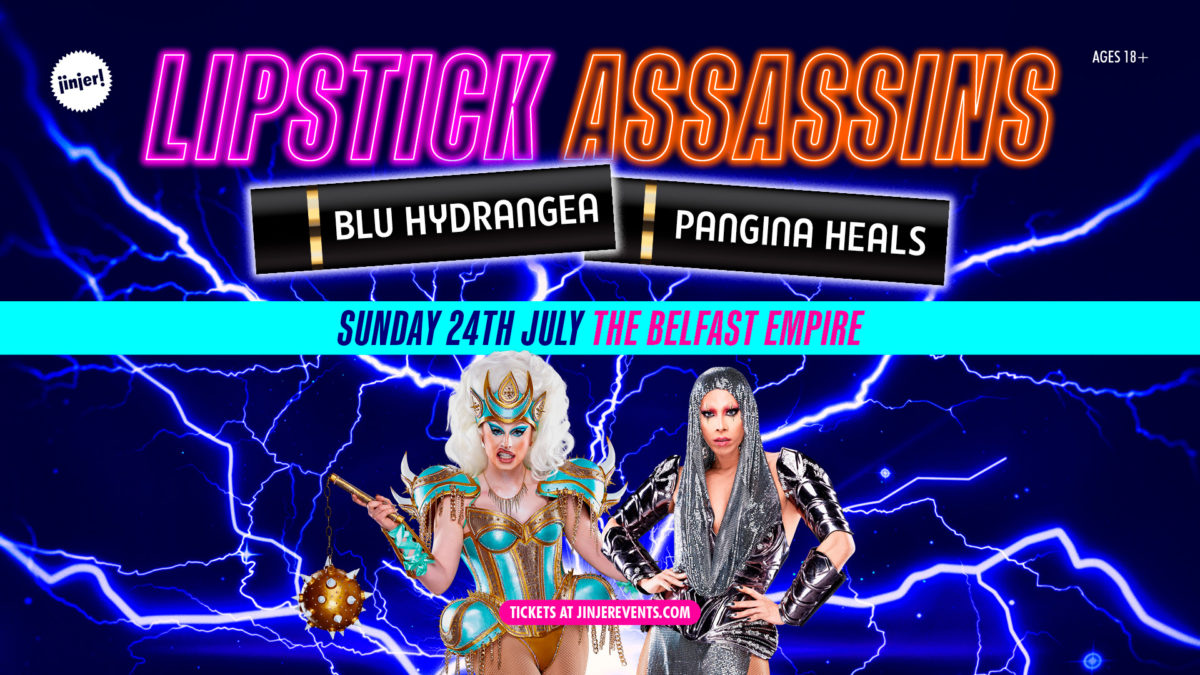 They gave us two of the most controversial eliminations in Drag Race herstory. Now we’re reuniting them for a very special show in Blu’s hometown – Lipstick Assassins: Blu Hydrangea x Pangina Heals.

Blu, your recently crowned queen of the muthatuckin’ world, welcomes Pangina from Bangkok to Belfast for her first ever appearance anywhere in Ireland. Featuring looks, performances and all the tee from RuPaul’s Drag Race UK vs The World, this is the reunion you do not want to miss! It’s also just in time for Belfast Pride festival.

VIP Meet & Greet ticket includes:
– Meet Blu & Pangina in person (before the show).
– Professional photograph with Blu & Pangina (posted on Jinjer! Events Facebook page).
– Early entry to the venue so you can be closer to the stage.