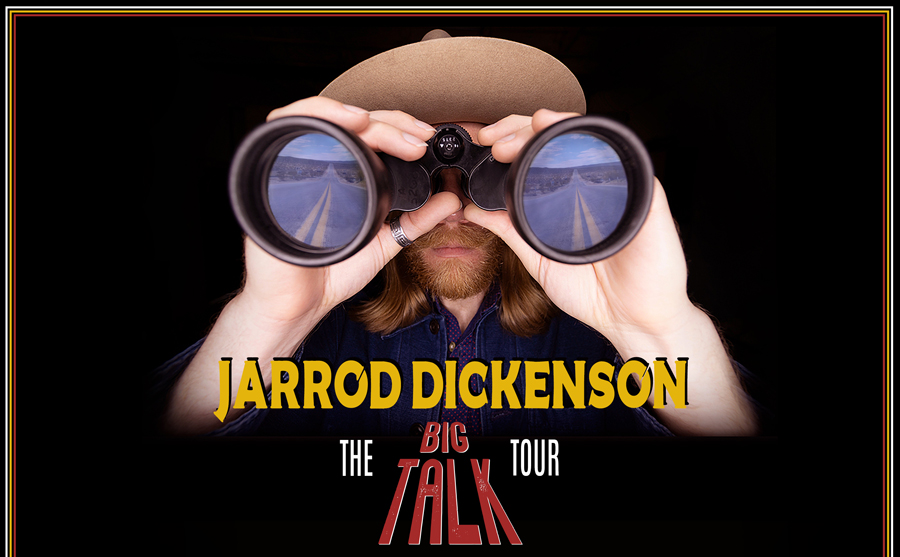 Jarrod Dickenson is a guitarist, singer, songwriter and producer, originally from Waco, Texas, now based in Nashville. His two albums, The Lonesome Travelerand Ready the Horses, along with his EP, Under A Texas Skyhave earned him critical acclaim and a devoted audience on both sides of the Atlantic. Not one to fear an exhausting tour schedule, Dickenson has entranced crowds all over Europe and the US and shared stages with such legendary artists as Bonnie Raitt, Don McLean, The Waterboys, Jools Holland and Jimmie Vaughan. He has performed at prestigious festivals such as Glastonbury and Cambridge Folk Festival. In addition to his origin as a Texan, his current status as a Tennessee resident, and the fact that he dropped enough rent over the years to deserve to call himself a New Yorker, Dickenson is also an adopted son of Belfast. It was in the Northern Irish city where he met wife and bandmate Claire Dickenson whose luscious, versatile vocal has become a central ingredient of his sound on stage and on record.After a baptism of fire in the world of the major labels, Jarrod Dickenson now exists as a fiercely independent artist, a look that suits him well and allows his creativity to follow whatever path it damn well pleases. Nowhere is this attitude better encapsulated than in the bluesy rock and roll growl of his uncompromising new album BIG TALK, released worldwide February 3rd, 2023 via Hooked Records. 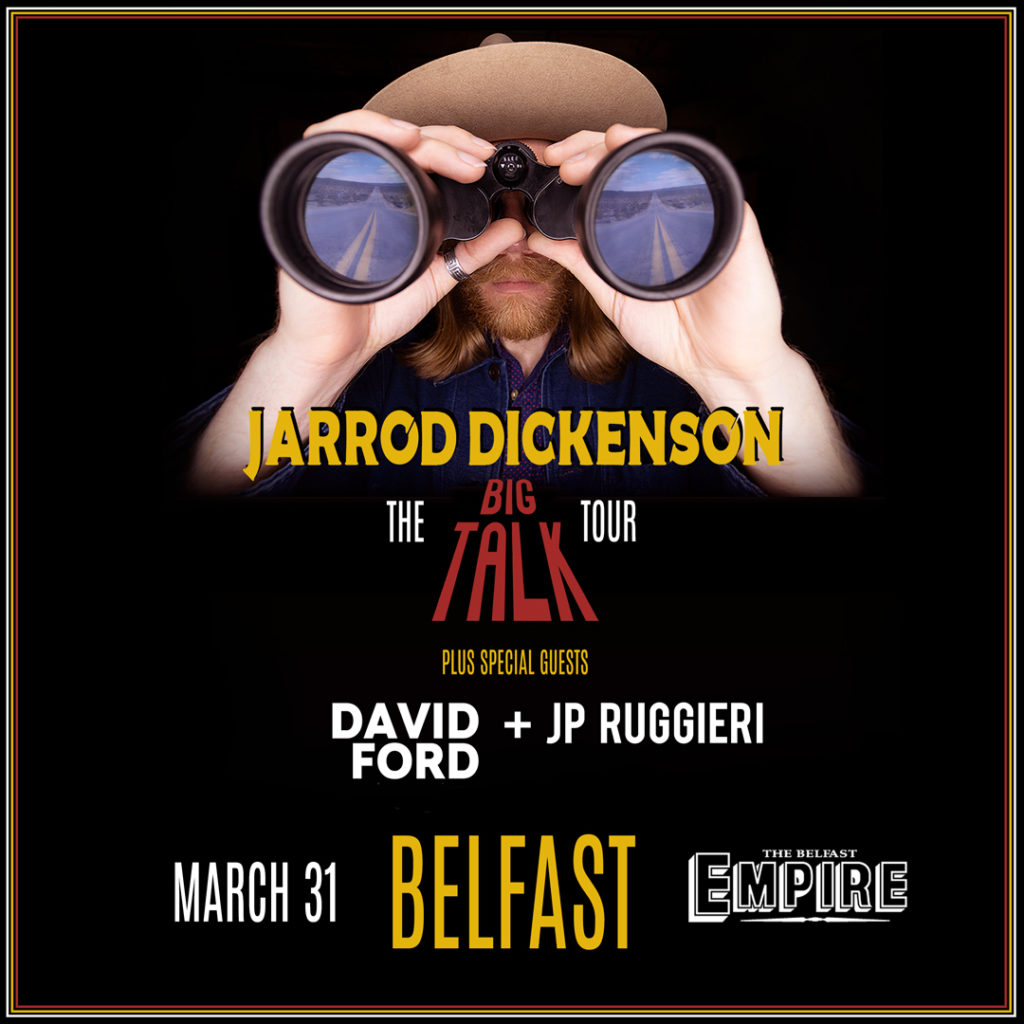