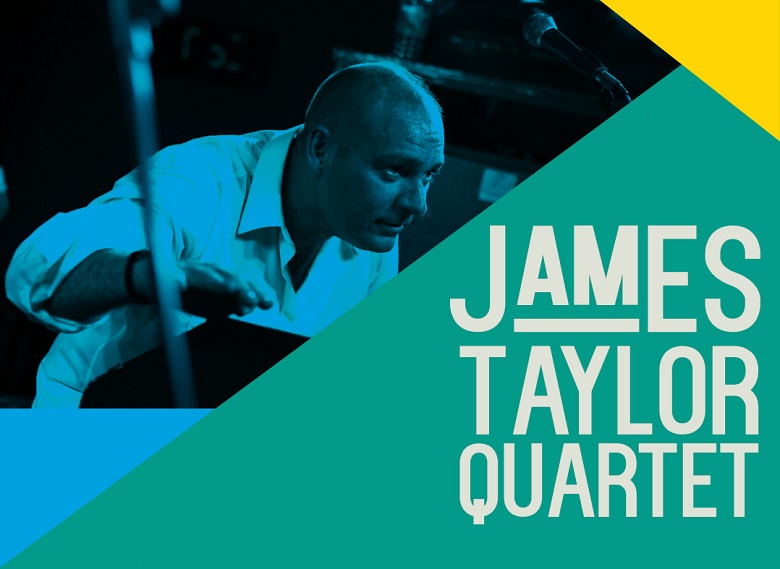 The British four-piece jazz funk band, who have become renowned for their live performances, were formed in 1987 by Hammond organ player James Taylor following the break-up of his former band The Prisoners in the wake of Stiff Records’ bankruptcy. The current line-up is James Taylor (Keyboards and Orchestration), Mark Cox (guitar), Andrew McKinney (bass) and Pat Illingworth (drums).

The James Taylor Quartet’s first single, “Blow-Up” (a funked-up version of Herbie Hancock’s main theme from the seminal 1960s film of the same name), was released in 1987 on the Re Elect The President label, which would later become the Acid Jazz label. The track was championed by the NME and John Peel, appearing in Peel’s Festive Fifty chart for 1987. The band’s debut 7 track mini album, Mission Impossible (1987) followed and predominantly comprised covers of 1960s film themes such as “Alfie”, “Mrs. Robinson” and “Goldfinger” in a rough, up-tempo, almost punk-like style, that was primarily focussed on Taylor’s Hammond organ playing. Their second album, The Money Spyder (1987), was the soundtrack to an imaginary spy film, applying the band’s distinctive style to Taylor’s own compositions.