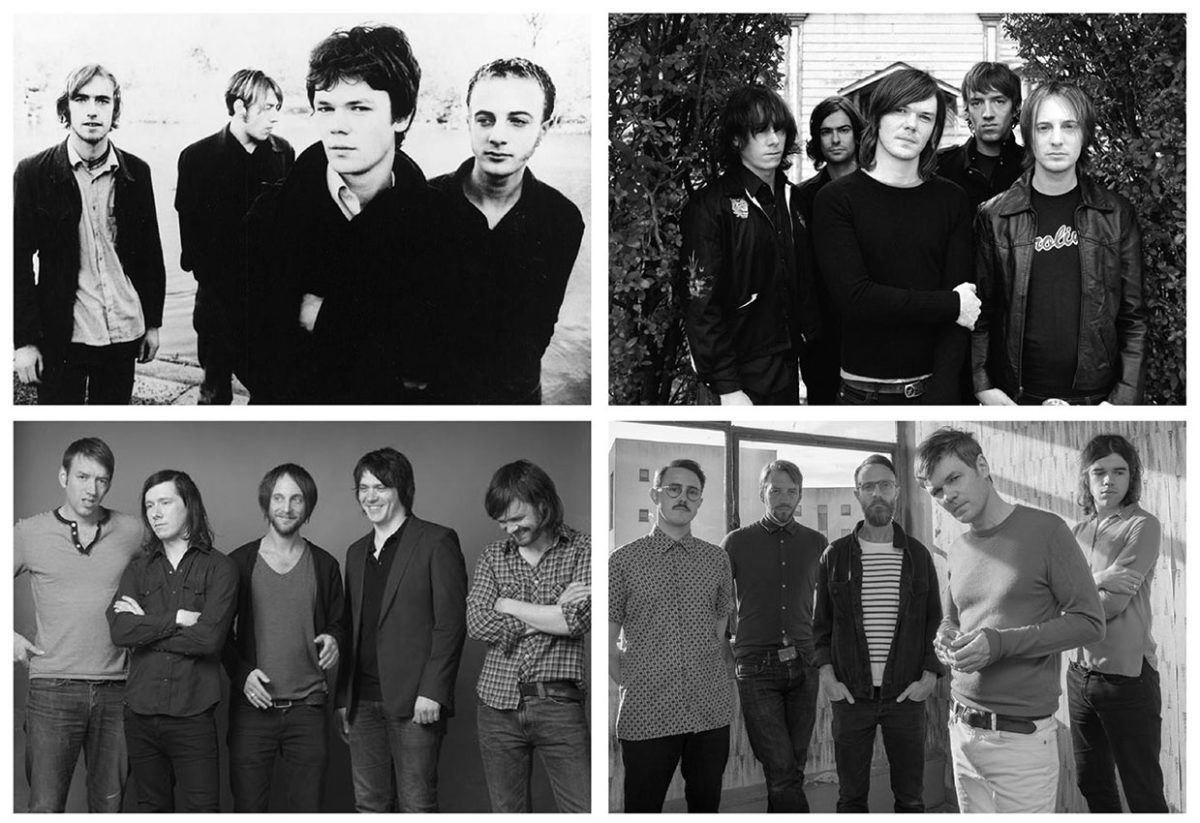 Buy Tickets
Unfortunately, due to various covid restrictions and logistics, the shows in Belfast & Dublin have been postponed until 2022. Tickets for the concerts will remain valid for the new dates. Apologies to our fans there, but we’re sure you can understand.

“You have no idea how fascinating Idlewild is.”
Named after the quiet meeting place in Lucy Maud Montgomery’s classic children’s novelAnne of Green Gables, the band formed 25 years ago in Edinburgh by Roddy Woomble, Colin Newton, and Rod Jones has more than lived up to the above description. Across nine studio albums, Idlewild have delighted and charmed fans all over the world for a quarter of a century with their sweeping, melodic songs full of soaring choruses and poetic lyrics.Initially a ramshackle punk rock band (famously described as sounding like ‘A flight of stairs falling down a flight of stairs’) and taking their influence from underground US rock, the band developed over time to include a variety of influences, from indie rock, to country rock and folk. Their albums 100 Broken Windows and The Remote Part were critical and commercial hits, and proved influential for a whole new generation of Scottish bands. Idlewild are perhaps the definition of a cult band, yet one who have infiltrated the mainstream. They are a band who have had plenty of hits (8 Top 30 singles and 6 top 30 albums, for those who are counting), yet have rarely had to compromise themselves to achieve them.

To celebrate 25 years, the band are delighted to announce a series of anniversary shows in the UK this November, culminating in what’s sure to be an emotional homecoming performance at Edinburgh’s Usher Hall – just down the road from where they met and formed.
This is just the first in a series of announcements from Idlewild, with several special projects and releases to be unveiled later in the year.

“When Rod, Colin and I met and formed Idlewild in 1995, I don’t suppose any of us expected that we’d still be playing shows and recording songs together twenty five years later,” says frontman and singer Roddy Woomble. “It feels great to get the chance to celebrate the records and songs we have made together over the last quarter of a century with our fans, and these very special concerts will feature all the band members who have been part of the Idlewild family and story since 1995.”

Starting in Cardiff and taking in London, Manchester, Dublin, and Belfast before returning to their homeland, the An Evening With Idlewild shows will showcase their rich back catalogue in style, with plenty of surprises and past band members. From their early singles right through to most recent album Interview Music, the band are excited to give something back to their fans, and to mark a milestone that not so many rock bands ever reach.

“Music is a flowing art form and Idlewild have adapted and changed as time dictated in a natural way,” says Woomble. And, far from providing a full stop to their career, Idlewildhope that taking pause to celebrate their achievements so far will launch them onto the next phase of the band’s life, and a future every bit as brilliant as their past.