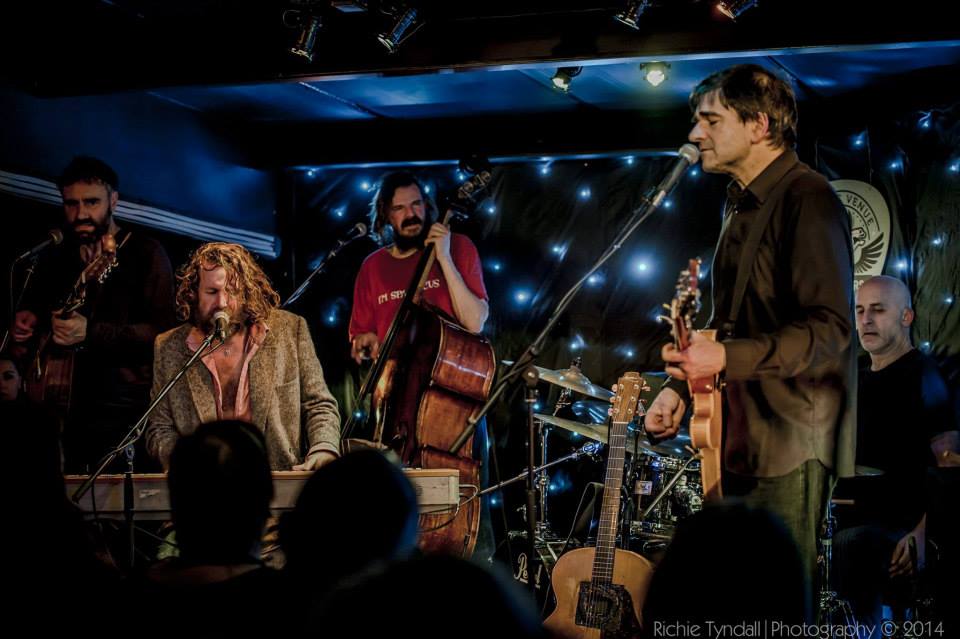 It’s been a long while but we are delighted to announce the return of Hothouse Flowers to Belfast’s Empire Music Hall
Hothouse Flowers are: Fiachna Ó Braonáin (guitars, vocals) | Liam Ó Maonlaí (vocals, keyboards, hammond organ, guitar) | Peter O’Toole (electric bass, bouzouki, vocals) | Dave Clarke (drums, percussion, vocals) | Martin Brunsden (double bass, vocals)
Hothouse Flowers emerged during the late ’80s with a passionate, bombastic fusion of rock & roll with the rootsy sounds of Irish folk and American gospel and soul. The group was founded as a Dublin street-performance act called the Incomparable Benzini Brothers by schoolmates Liam and Fiachna. A single on U2’s label Mother got Hothouse Flowers signed to PolyGram. Their 1988 debut, People, cruised to the top of the Irish charts and peaked at number two in Britain. Follow-ups, Home and Songs From the Rain, continued the success, before the band decided to take a sabbatical to refresh themselves in 1994.
Since reconvening in 1998 they have toured regularly, still playing to big theatres across America, Great Britain, Japan and Europe. And they have allowed time for various side projects, solo outings, and other artistic activities. The albums Born, Into Your Heart and most recently 2016’s Let’s Do This Thing have added commendably to the band’s collective output.
There is an unpredictable energy in the band and their grand repertoire creates a show that is unique to the time and place. Improvisation can come at any point and no two shows are the same. “Rock and Roll is not about safety or politeness, it is not about perfection either. It is expression and it is spirit.”

** NEW DATE**
All tickets purchased will remain valid for new date or refunds can be sought from point of purchase.