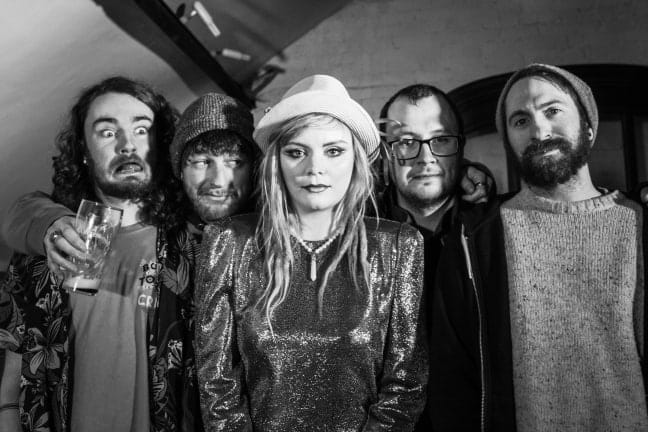 Swall Monkey are an Alternative Ska band from Belfast City, formed in 2018.Their sound is a blend of heavy rock riffs, ska rhythms, and punk attitude

Bursting onto the scene with their debut gig on old years day 2018 supporting the Sakllions, Swall Monkey came out swinging with a set that was epic enough to have the punters crowd surfing and generally going ape sh*t.
The band was formed in the summer of 2018 by lead vocalist Alanna Mckee, guitarist Matthew Smyth and bassist Ryan Dunn, soon after Kane Couchman (Waking Android) would join as second guitarist and Ryan Early would pick up the sticks that original drummer Liam Ritchie (Concrete Circus) would drop, to complete the ensemble
They instantly began working on original songs and developing their own unique sound. combining influences from some of their favourite bands while keeping an upbeat ska rhythm at the hearth of the music.
With their first gig under their belt Swall Monkey are anticipating a year filled with gigs and festivals and good times and they hope you join them every step of the way.

“Gestated in a dingy Belfast living room in 2013, The Scuntz are a five piece strap-dodging folk-core ensemble of eclectic misfit reprobates fueled by Barricks Buckfast and Banjos”

Big Daisy are a Belfast based noise pop band, born out of a mutual love for whiny lyrics and big noisy sounds. Formed in January 2020.