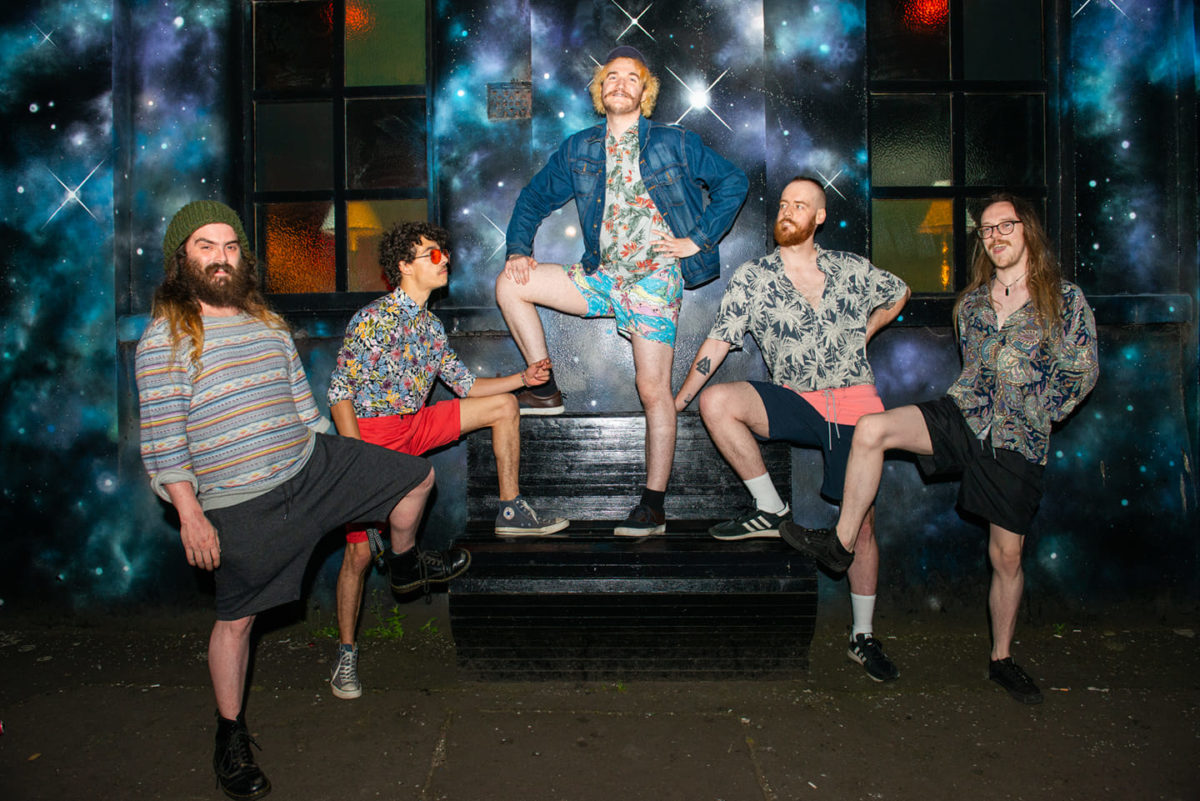 Northern Irish troubadour Danny McClelland AKA Pascalwillnotsurvivethis has never been a static individual. Sustained membership with some of Northern Irelands most beloved acts (Born Only Yesterday, WASPS and Jealous Of The Birds) has seen McClelland take his music all over the globe. Still, something close to home yearned within him, and thus Pascal was born. Now after a two year hiatus his solo project is reborn as Pascalwillnotsurvivethis.

A deeply personal project, powered by the isolation of his home in the North Coast and struggles with personal demons, the captivating nature of Pascalwillnotsurvivethis subverts convention. With an artful combination of punk, folk, rock and blues, McClelland’s songs tell tales of raw emotion, breathtaking lows and piercing highs. Filled with contrast and nuance, his music is both familiar and challenging, comfortable and frightening, aided by a penchant for storytelling and an unrelenting spirit. Influenced by Frightened Rabbit, Sparklehorse, the reclusive nature of his OCD and the sublime horizons of his home on the North Coast of Ireland, the atmosphere-piercing sound of Pascalwillnotsurvivethis could only have been crafted on the very edge. Of the earth, and the spirit.

Pascalwillnotsurvivethis’s debut EP ‘Lost At Sea’ is out now on ZOOL Records, and is available from all major online media outlets. A cult following, both from fans and in the music industry, has developed, with McClelland playing packed shows the length and breath of Ireland, as well as heavy playtime on local and national radio stations (BBC Radio Ulster Across The Line).
Melding the dark burn of folk music with sweeping pop melodies, an instantly recognisable rock flair and his trademark unflinching honesty, it has garnered him fans the length and breadth of Ireland.

McClelland is an experienced working musician, having performed at numerous local and showcase festivals around the globe (SXSW, Stendhal, Ward Park 3). He is currently working towards the release of his second EP.

His music can be described as melodic, emotional and honest, taking influences from singers such as Maynard James Keenan (Tool, A Perfect Circle, Puscifer) and Michael Stipe and writers like Josh Ritter and Scott Hutchison (Frightened Rabbit.)
Also I’m partial to a touch of hyperbole.

The Scarlet Cavaliers are a Northern Ireland based Red RockN’Roll band.

Independent 4 piece pop punk band from Belfast.
You ever wanted to play choones with your friends? Yea that’s why we’re here too. So if you like music that’s gonna make you hit the feels you’ve come to the right place.