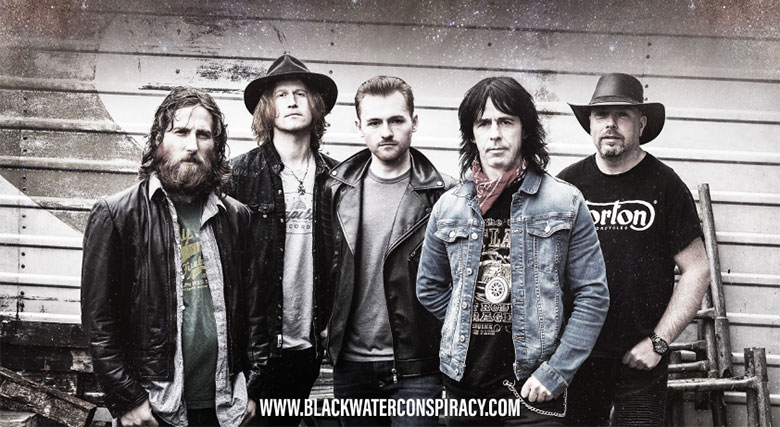 Northern Ireland’s Blackwater Conspiracy have today announced details of their longest UK and Ireland tour to date. The 16-date trek begins in Liverpool on April 22 and ends at home in Belfast at The Belfast Empire on June 22. Tickets are on sale now from your nearest venue.

Joining them across the mainland UK will be blues-infused modern / new wave of rock’n’rollers These Wicked Rivers, while at home they’ll be joined by Eamonn McCormack and his Band in Dublin and The Davy K Project in Belfast.

“We’re really eager to get back out to play in 2021 for our fans across the Irish sea. We miss them just as much as they miss us. We don’t want no sit-down gigs, that’s not what rock ‘n’ roll is about for us. Never has been and never will be.” said singer Phil Conalane “We’re also delighted to finally be returning to Dublin, it’s been years since we’ve played there. We hope to see as many friends on this tour as much as possible. So, grab a friend, grab a ticket and we’ll see you on the road next April, May and June on Love & Revolution Tour 2021.”