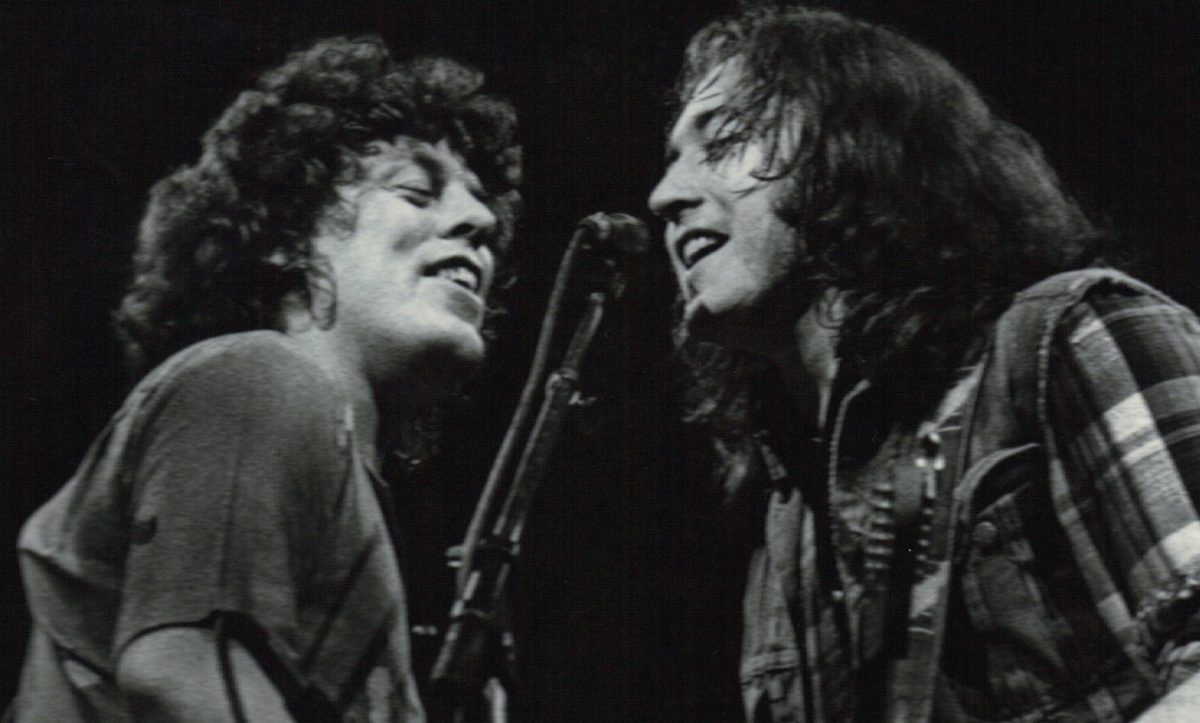 Rory Gallagher’s original musicians, now collectively known as Band of Friends, led by Belfast born bassist Gerry McAvoy have announced four Irish headline shows for June with stops in Malahide, Cork City, Drogheda and Belfast. Special Guest will be The Davy K Project, an energetic and enthusiastic blues rock trio from Tyrone, Derry and Donegal who recently opened for Kris Barras, The Quireboys and more.
2020 will see a new line-up for Band of Friends After sadly losing Ted McKenna in January 2019, Gerry has decided to continue celebrating Rory’s music with this new line-up. with the addition of Paul Rose and Stephan Graf.
The band will be celebrating Rory Gallagher’s 25th Anniversary at all shows in 2020 across USA, Europe, UK and Ireland.

Gerry McAvoy (Bass Guitar & vocals) has led Band of Friends since it was formed in 2012. Gerry played with Rory for 20 years from 1971 – 1991. Gerry appeared on every recording within those years.
Gerry will be joined on stage by Brendan O’Neill on drums. Brendan played with Rory for 10 years 1981-1991. He also played on “Jinx” / “Defender” / “ Fresh evidence”. Later joining British R&B band Nine Below Zero.
Rounding out the four piece band is Paul Rose on guitar. Paul has been the winner of the Fender sponsored Guitar competition, selected by Rory Gallagher out of 1000 guitarists. Also Winner of Best UK guitarist 2 years running.Paul has worked with Gerry McAvoy, Randy Brecker, Bill Evans, Pat Metheny, Ted McKenna.
“A very hot player” Rory Gallagher
“Paul blew my mind and I’m proud of him” Seymour Duncan
Stephan Graf also joins on Guitar & Vocals. Stephan first heard Rory Gallagher when he was 9 years old. Since then he has toured most of Europe with his Rory inspired band Double vision.