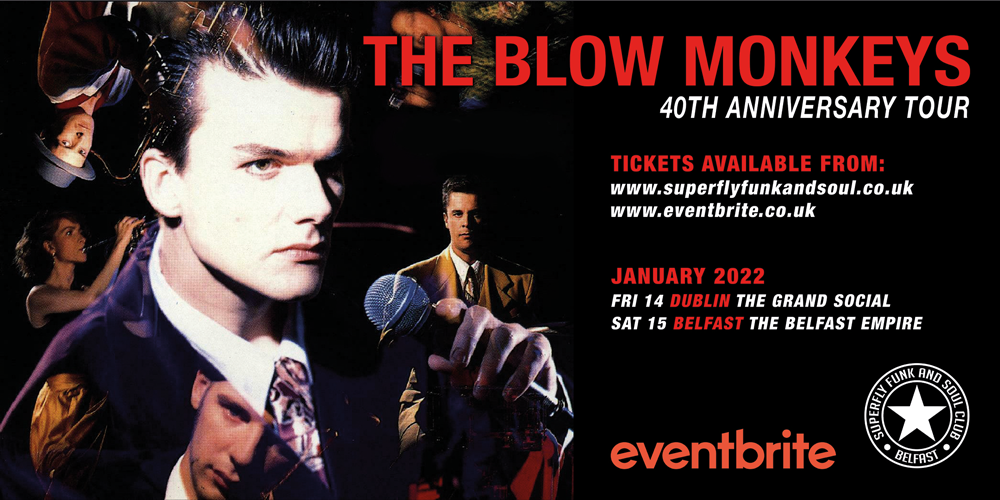 With hits like Digging Your Scene and It Doesn’t Have To Be This Way, The Blow Monkeys epitomised the glamour of mid-80s pop at its most graceful and sophisticated. In the band’s frontman Robert Howard (aka Dr. Robert), they possessed a tall, charismatic singer who was both camera-friendly and clever, who appeared to be just as much at ease on the catwalk that is pop’s conveyer belt as he was penning witty, incisive songs. While quite clearly Robert’s band, though, the Blow Monkeys were also gifted three immensely talented musicians in bassist Mick Anker, saxophonist Neville Henry and drummer Tony Kiley.

The Blow Monkeys openly criticised the policies of the 1980’s Conservative government, railing against social injustices and adopting an openly left-of-centre stance on issues of the day. From openly endorsing the gay community Digging Your Scene to an outright attack on Margaret Thatcher Celebrate (The Day After You) – a duet with the late, great Curtis Mayfield, The Blow Monkeys were always the thinking person’s pop group.